If you’re after a simple yet exciting card game for all ages, 99 should suit you. Not sure how to play it? These 99 card game rules explain the gameplay in detail.

99, also known as Ninety-Nine or Bust, is a popular card-adding game ideal for a small family gathering or a bunch of friends (check out our list of small group games for more inspiration).

The game does not require specific skills or experience, making it ideal for kids or beginners. Moreover, since it is undemanding on area or equipment, you can easily play it on the go.

The game focuses on counting, and, similarly to the Horse race game or Chase (the Ace card game), you also use tokens in 99. Nevertheless, you don’t use them to place bets but bail yourself out of certain situations.

This 99 card game rules guide will cover the following:

Continue reading for the detailed instructions on how to play 99.

Ninety-nine is a fast-paced game that will test your concentration and strategic skills. But if you’ve ever played any card-adding games, 99 should feel very familiar.

The player’s goal is to count the cards and get as close to the desired score as possible without exceeding it.

Main Objective: Be the last player with a remaining token.

Why We Love It: 99 is an addictive game that becomes more and more fun as you practice.

What You’ll Need to Play 99

You don’t need a lot to play 99, only these two important things: 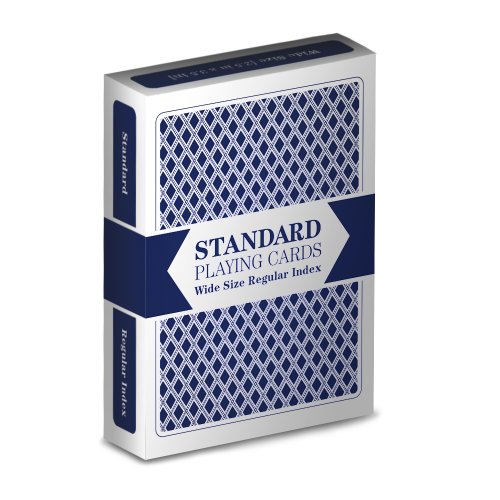 Single Blue Deck Standard Playing Cards (Wide Size, Regular Index)
$5.49
Buy Now
We earn a commission if you click this link and make a purchase at no additional cost to you.

Our tip: If you play with four or more players, use two identical decks of cards for more fun.

The 99 rules are simple, but mastering the game requires some time and practice. Although there are several notable alternative versions to the game (e.g., Oxford Whist), the following instructions are considered classic and most widely spread.

Once you’ve dealt cards and tokens, you can start playing.

Each of the cards has its value which adds to the total value of the central pile. Your goal is to get as close to 99 as possible. For this purpose:

Some cards don’t have any value or have special effects instead:

You must add one token to the center if you cannot make another move without pushing the total value over 99. Once you run out of tokens, you are eliminated.

The game continues until all players but one run out of tokens. In each new round, the role of the dealer moves to another (non-eliminated) player in the clockwise direction.

The last player with a remaining token becomes a winner. His prize? All the tokens from the center.

How to Play 99 – Video Tutorial

How many cards are in a 99 card game?

The game can be played with a classic deck of 52 cards. Alternatively, you can also use multiple decks to accommodate more players. Each player initially receives three cards.

The number of tokens depends on the number of players and the desired length of the game. Four and more players usually receive three tokens each, whereas fewer players can play with five or even more tokens.

Some sources recommend this game for at least three players, while others claim it is suitable for two players as well. While a pair can certainly play 99, too, it is more enjoyable in larger groups.

Other Similar Games to 99 (Our Guides)

Would you like to learn more trick-taking games similar to 99? Check out our guides to these alternative games: