A little bit of luck and a fair share of agility and focus is what you need to master Egyptian Ratscrew. Want to learn more about this popular card game? These Egyptian Ratscrew rules will guide you through the gameplay step-by-step.

This family-friendly card game is dynamic, fun, and relatively simple, making it a perfect indoor group game for kids and adults.

This Egyptian Ratscrew rules guide will cover the following:

Read on and learn how to play Egyptian Ratscrew with your friends or family.

What is Egyptian Ratscrew

Egyptian Ratscrew card game is all about focus, fast reactions, and unpredictability. It is quick and undemanding on equipment or gameplay area, meaning that you can play it anywhere and at any time.

Number of Players: 2 and more players

Main Objective: Capture all the cards from the deck.

Why We Love It: Egyptian Ratscrew is a dynamic game full of friendly rivalry for all age groups.

A brief history of Egyptian Ratscrew

Egyptian Ratscrew is a modern American take on a traditional British game, Beat the Knave out of Doors, known at least since the 18th century, which was later also known as Beggar-My-Neighbor.

The game has even appeared in Charles Dickens’s famous 1861 novel Great Expectations as the only game Pip (the main character) could play.

Besides this notorious cultural reference, the game also drew the interest of numerous mathematicians who tried to calculate whether it could be played indefinitely.

The latest record held by Richard P. Mann, a mathematician from the University of Leeds, proves that the game can last for at least 1100+ tricks.

To play Egyptian Ratscrew, you are going to need only one important thing: 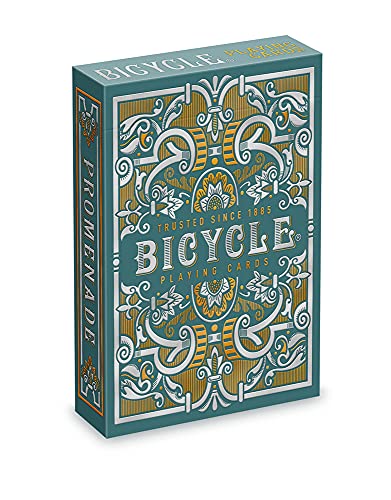 Bicycle Promenade Playing Cards , Green
$8.99
Buy Now
We earn a commission if you click this link and make a purchase at no additional cost to you.

Besides that, you only need a table to play Egyptian Ratscrew, so the game is ideal for traveling or camping.

Egyptian Ratscrew is a relatively simple game, but it has some specific rules you should memorize upfront to keep up with the game’s dynamic pace.

How to Play Egyptian Ratscrew

Once you’re all set up, this is how the game proceeds:

One important thing that can effectively override this routine is cards slapping. It occurs when players spot a particular combination of cards in a pile.

Whoever slaps the card pile in the right moment first wins all cards in it.

Slapping rules can vary significantly from country to country and player to player. Therefore, players should always agree on the allowed card combinations beforehand.

These are some of the most common card combinations that enable cards slapping:

Using jokers in Egyptian Ratscrew is optional. If you decide to use them, their appearance also means that the pile can be immediately slapped.

If a player slaps the pile at the wrong moment, he must put two of his cards below the central pile.

The aim of the game is to collect as many cards as possible. Running out of your cards means that you will be eliminated from the game.

But don’t leave the table yet – you can still return to the game if you manage to slap the cards and capture the pile. However, if you hit the pile at the wrong moment with no cards left, this is your ultimate defeat.

The winner of the game is whoever manages to capture all cards from the deck.

Yes, two players can enjoy this game, but it is more fun and dynamic if played by at least 3 or 4 people.

How many cards do you deal in Egyptian Ratscrew?

This game is played with a French-style deck of 52 cards. The dealer deals all cards equally among the players, so in the case of two players, each gets 26 cards. If the number of players is odd, one player will have one more card than the others.

Why is Egyptian Ratscrew called that?

The game’s origins can be traced to a similar old British card game called Beat the Knave out of Doors and its slightly younger version Beggar-my-neighbor. Nevertheless, there is no written evidence suggesting why the game is called Egyptian Ratscrew today.

Other Similar Games to Egyptian Ratscrew (Our Guides)

If you’re looking for some other games similar to Egyptian Ratscrew, check out our guides to these alternative games: