Big fish eats small fish. That’s basically all you need to know about the game of War. This card battle for two is an ideal choice for kids, beginners, or even seasoned players who like to keep it simple. My War card game rules will teach you how to play.

In this straightforward game, you depend purely on luck: You play cards in a predetermined order and follow super-simple rules to decide who wins each of the tricks. There are also no compromises regarding the results: The winner must, literally, take it all.

This War card game rules guide will cover the following:

Read on and learn how to play War from the initial setup to the final results.

What is the War Card Game?

War is an ideal choice for two kids, one adult, and a kid, or two adults who prefer simplicity and fast pace to the complicated tactics of some more sophisticated games.

Once you’re familiar with the basic version of the game (which I describe step-by-step in this rules guide), you can also try some alternative versions like Peace, which reverses the gameplay by allowing the lowest-ranking cards to beat the higher ones.

Main Objective: Collect ALL the cards from the deck.

Why We Love It: War is a rudimentary card battle that can be enjoyed anytime, anywhere, and with anyone regardless of their skills, age, or experience.

To play War, you will only need a standard 52-playing card deck. However, make sure it includes Jokers, too – you will need them. 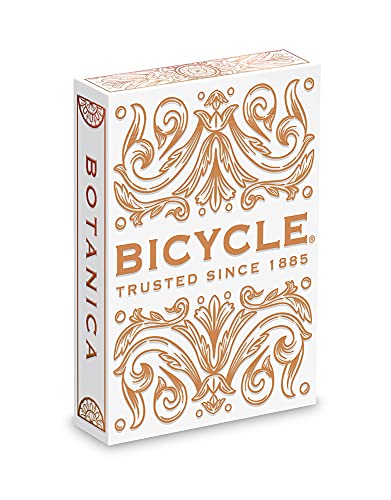 Bicycle Botanica Playing Cards White
$8.99
Buy Now
We earn a commission if you click this link and make a purchase at no additional cost to you.

War rules couldn’t be much easier. It’s a battle of higher and lower-ranking cards where players don’t have to worry about suits, scores, or complicated strategies. If you’ve never played this game before, rest assured that you will learn it quickly.

Eventually, the most intricate part of the War is its length – the game can sometimes last very long due to the frequent and unpredictable twists. Since it’s all about the chance here, there’s not much you can do to speed it up.

In War, you will deal all the cards from your deck among the players. Of course, players don’t have to hold all the cards in their hands: Simply form a down-facing pile of them and place it in front of you.

How to Play War Card Game

To decide who wins each round, you need to know the ranking of cards first:

Joker is the highest-ranking card in War. It is followed by Ace, King, Queen, Jack, Ten, and all the way down to Two, which is the lowest ranking card.

What if you run out of cards?

Once you’ve played all the cards from your draw pile, turn your discard pile over, shuffle it well, and use it as a new draw pile.

In War, there’s no scoring. Instead, the gameplay continues until one player gathers ALL the cards from the deck. This player becomes the winner of the War.

Is there any skill to the War card game?

No. War is a straightforward game that does not require players to have any particular strategic skills or previous experiences. It is perfectly suitable for beginners or children.

Can you play War with more than two players?

Yes. The rules remain pretty much the same, but each player gets fewer cards. If you play with an odd number of players, sort out one random card to ensure that the players have an equal number of cards. Three players, for example, get 17 cards each.

Do twos beat aces in War?

No. Twos are the lowest ranking cards in War. Whenever you play a two, you can be sure that you’re going to lose the trick – unless your opponent plays two as well and you enter the War.

Other Similar Games to War (Our Guides)

Enjoy this game? Check out our guides to the following War alternatives: