Outburst, also known as The Game of Verbal Explosions, is a fun, engaging game you’ll love to play with your friends and family.

This guide will cover all of the Outburst card game rules in detail.

Outburst is a game of topics. If you have played Family Feud, then you probably know what I’m talking about. Topics are written on the back and front of the cards for either team to guess while playing the game.

What is Outburst the Game?

Outburst was first invented in 1986 in Los Angeles by Hersch and Company. The game is played in teams and is recommended for all ages.

Outburst is similar to card games such as Family Feud or Taboo, where teams answer questions under time constraints and constant pressure from the opposing team.

Number of Players: Between 2 and 20 players.

Ages: This game can be played by everyone, especially families or large groups of friends.

Main Objective: The team cumulatively scores a point for each answer, matching the target answer printed at the back of the card. Each answer is scored as 1 point. The team that first reaches 60 points wins the game.

Why We Love It:This game keeps you on your toes and is an excellent way for families and friends to get together and spend quality time. You will probably jump up and down in enthusiasm for getting the answers right. But fair warning, you might hear some very embarrassing answers as well.

RELATED: Looking for games to play with a group of friends? Check out our list of 50 big group games to play.

To play the game, you must buy the Outburst card game set, which includes: 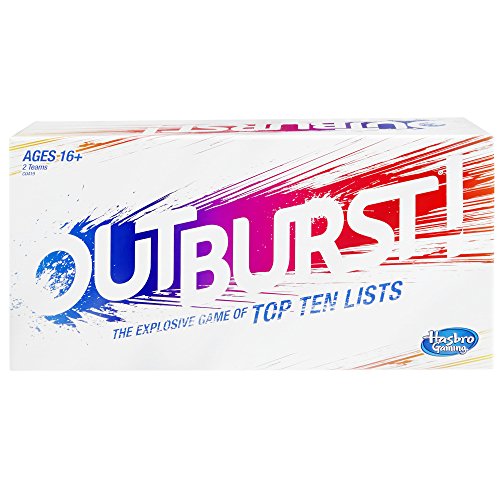 Outburst Game
$52.00
Buy Now
We earn a commission if you click this link and make a purchase at no additional cost to you.

There are also different versions of the game suited for children and adults, depending on your needs. This game works equally well in family settings and parties, so it’s a must-buy in my books. I would recommend getting a timer that makes the ticking sound to add more tension and drama to the game. 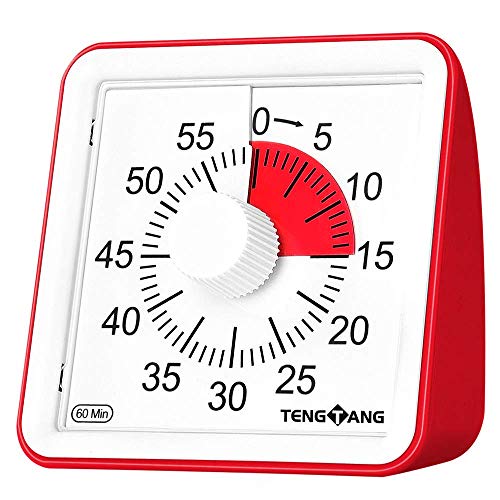 Timer - 60 minutes Buy Now
We earn a commission if you click this link and make a purchase at no additional cost to you.

How To Set Up the Outburst Card Game

The first thing is to set up the two teams. It is recommended that both teams be equally divided, but if a team has more people, it’s okay and won’t be an issue. Both teams have to sit together.

Each team receives 3 pass tokens. No topic can be passed without a token, and a given topic cannot be passed again. Be careful to use these tokens.

One person in the game will serve as the leader or the MC. who will hold on to the card viewer. The card viewer is designed to hide the card’s contents so that neither team can see what is on the card.

The scorecard in the game has two scoring tracks, one for each team. The scoring guides given to each team are attached to the scorecard.

The topic cards are then unwrapped and shuffled, and put to the side. The MC picks up a card from the top and places it in the card viewer, and pushes all the markers away from the center so that they don’t show.

One member from each team rolls the dice (10-sided or 6 sided). The team with the highest roll starts the game.

The game starts with the Leader selecting a topic card from the top of the deck in front of the participants. As the Leader can also be a part of the game, both teams need to ensure that the MC is not up to something fishy!

For example, if the 10-sided dice turns 6 and the bonus dice turns 5, the team gets 5 bonus points to guess the sixth answer.

The timer is then started for the guessing team. A total of 60 seconds are given to the team to guess all the answers. The scorekeeper confirms if the assumed answer is correct by announcing “Yes” for a correct answer and “No” for a wrong answer.

Any player on the guessing team can yell an answer at any given point. After completing the round, the score is added to the scorecard, and the opponent team gets the chance to play.

The team to reach 60 points first wins the game. The losing team should always be given a chance to win the game by providing a bonus question. I know it is unfair to the winning side, but this adds to its drama and intensity.

RELATED: Looking for some games for your kids to play? Check out our list of the top 35 group games for kids.

Can Outburst Be Played Online?

That’s a pretty valid question in today’s world, and the answer is yes. If you have video conference software such as Zoom or Skype, or any application/software to add multiple participants, the gameplay can be mimicked with ease. Just get the timer on the screen and be honest with your opponents. It sure will be a fun way to catch up with friends and family and have a great time.

Does A Timer Come Along With The Game?

Yes, an hourglass comes along with the card game. That said, some manufacturers do not add the hourglass due to transportation issues. The hourglass featured within the box counts 60 seconds and is a fun way for the players to see the time they are left with. I would recommend getting a ticker timer to add more pressure and intensity to the games.

The Outburst card game is an excellent game to be played with a large group of people. It is easy to follow, and the best part is, it can be played time and again because of the large number of topics it comes with.

That said, if you have already played Outburst or want to try a different game, many games cater to large groups of people. One of my favorite party games is Catch Phrase which is a perfect game for adults. You should also check out Family Feud, as it’s one of the classic card games based on the popular game show hosted by Steve Harvey.