Cards are one of the best ways to keep friends and families entertained, and if you learn the Palace card game rules then you’ll have learnt a game perfect for all occasions.

Also known as Castle, the game is an example of how simple yet fun card games with the easiest rules can be.

The game is so easy to pick up, that beginners have just as much as a chance of winning as experienced players.

If you’re looking for information about the Palace card game rules and setup instructions, continue reading our handy guide.

What Is Palace The Card Game?

Palace the card game involves using the whole deck of cards for gameplay and is fast-paced so you can get multiple games in one sitting.

Unlike games such as Conquian rules or the Hand Knee or Foot card game, there aren’t any hard mechanics that you need to be aware of so it’s usually a case of picking up and playing.

Who Can Play It: All ages.

Why We Love It: Palace takes a simple deck of cards and assigns different rules to a couple of them which completely changes the way you play cards. An easy concept to grasp in getting rid of your cards, but the palace card game makes it so much more interesting than that.

The only thing that you will need to play is:

Any deck will do so try to use your favorite if you have one.

If not, try out these fun monarch playing cards to fit in with the royal theme of the game. 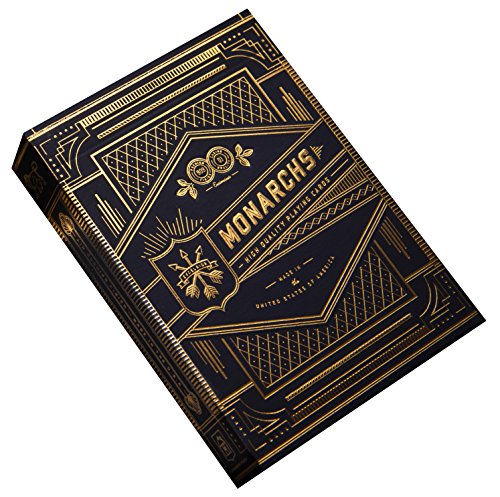 Monarch Playing Cards
$12.99$10.95
Buy Now
We earn a commission if you click this link and make a purchase at no additional cost to you.

How To Set Up Palace the Card Game

You’ll need to do a little bit of setup before Palace can begin.

Finally, deal each player 3 cards to hold in their hand. Place the remaining cards faced down in the middle of players as the draw pile.

Once everyone has their cards, they can look at the 3 in their hand and swap them with one of the face-up cards on their pile if they wish.

Whoever has the lowest-ranked card starts the game by placing it face up in the middle and start a new discard pile.

Play continues around the circle in a clockwise fashion.

How to Play Palace – Video Tutorial

Players take it in turns to place cards on top of the discard pile, doing so with ‘normal cards’ in their hand that are either of equal or greater value than the card on top.

The missing cards are the ‘special cards’. These consist of 10, 7, 3, and 2. You can play these cards at any time regardless of order, except the 7 which must still get played in the correct sequence.

Once a player has played a card, they must pick a card from the draw pile, until these are all gone. Once the 3 cards in their hand get used up, players can move onto the 6 cards that are in front on them.

You can play the 3 left faced up in any order, but other players can see what these are. The 3 faced down is complete luck, and players cannot look at these until played.

If a player cannot play the correct card, then they must pick up the entire discard pile to add to their hand, with the player on the left choosing any card to restart the discard pile.

The first player to get rid of all their cards including the 6 in front of them wins the game.

The ‘special’ cards have different abilities that really mix gameplay up and gives the game its unique selling point. These are:

A player cannot end the game on a special card, if the last faced down card drawn is a special card then that player must pick up the draw pile. The game then continues.

Although there isn’t a particular scoring system to follow, games go through relatively quickly so simply count up each player’s victory to declare a Palace champion at the end.

Are there any Palace card game rules you can add?

The best thing about the Palace card game is that it’s easy to make different cards ‘special’ to increase the difficulty for the real pros of the game.

For example, you can add in a rule where the ‘8’ is special and the player to the left skips a go.

Alternatively, you can take special cards out to make the game easier, so it really is a flexible card game.

The best thing about card games is that as long as you have a 52 card deck, then there are so many different games like Palace that you can play.

Examples of this are games such as the Pitty Pat card game, Joker card game and Idiot the card game, who’s premise is also to get rid of your cards but with vastly different rules to achieve this.

Card games are also not just limited to the 52 card deck, with more modern variations of cards becoming more common. For example, learn the Apples to Apple’s rules, or why not try how to play Unstable Unicorns.