Do you like classic trick-taking games with trumps and bids? Then you should definitely try Spades. These Spades card game rules explain all you need to know to pick up this popular game in no time.

Spades, also known as Call Bridge, is a straightforward yet highly amusing card game focused on simple bidding and trick-taking. As the game’s name suggests, spades are the most important suit here (similar to hearts in Hearts).

Like in other trick-taking games, including Tarneeb or Joker (check out Tarneeb rules and Joker rules for reference), your main goal in Spades is to win more tricks than your opponents.

But this alone won’t do since you also have to predict your victories accurately in advance to make the most out of them. This perfect mixture of strategy and unpredictability probably attracts people to Spades the most.

This Spades card game rules guide will cover the following:

Read on and find out how to play Spades in our step-by-step guide.

What is the Spades card game?

In Spades, the payers aim to win as many tricks as possible – or at least as many tricks as they bid on in each round. The game uses its scoring scheme, and the ultimate goal of all players is to collect 500 points before their opponents.

Spades are straightforward – a perfect trick-taking game for beginners. If you want to introduce your child or an inexperienced adult player to this category of card games, this is a great choice.

Nevertheless, keep in mind that the gameplay might take quite a long due to the high number of target points.

Main Objective: Be the first player to score 500 points.

Why We Love It: Spades is the ultimate go-to trick-taking game for anyone who likes dynamic, strategic yet unpredictable card games.

All you need to play Spades is a standard deck of 52 playing cards. 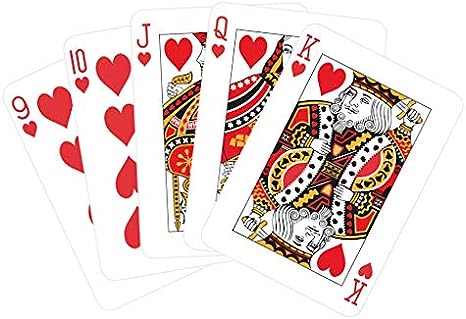 Standard Plastic Coated Playing Cards 52 Card Deck + 2 Jokers Play Loads of Games Poker, Solitaire, Snap Etc
£2.09
Buy Now
We earn a commission if you click this link and make a purchase at no additional cost to you.

Regarding the Jokers, there are two different approaches you can follow:

Before you start, take a minute to understand how the cards are ranked in this game:

Now let’s move on to the initial setup.

First, you must determine who will be the dealer: Deal one card to each player and whoever has the highest card (remember that spades beat even Aces) becomes the dealer for the first hand.

The dealer now shuffles the deck, and the first player to the left cuts it.

Dealer can now deal 13 cards, one at a time clockwise, to each player. Players can pick their cards immediately, but they must keep them out of sight of their opponents.

How to Play Spades Card Game

The most important part of the Spades gameplay is bidding. Once everyone has their cards in hands, they can place their bets as follows:

When the bids are made, the dealer takes one of his cards and places it face-up in the center of the table (this is the so-called lead card).

In a clockwise direction, players play one card each, preferring the same suit as the lead. If they do not have cards of the same suit, they can play any card. But until they play trump (spades), they cannot win such a round, losing their card automatically.

Here are a few examples to make things clearer:

The winner of the tricks takes all the involved cards and stacks them face-down on the side, keeping every trick separated from the other.

The winner of the trick then leads the next card. The game goes on until the players use all their cards. Then, at the end of the hand, players evaluate whether they met their initial bids and log their scores.

Does no one earn 500 points in this round? The role of the dealer moves clockwise to the next player, and he deals another hand.

When the players meet their bids, they receive 10 points for each bid within this limit plus one bonus point per any additional bid.

However, if the players don’t meet their bids, they don’t get any points for their tricks.

The game continues until someone accumulates 500 points. This player becomes a winner.

How to Play Spades – Video Tutorial

Can you play Spades with two players?

Not officially, but you can adjust the gameplay to suit two players. In two-player Spades, cards are not dealt, but players draw them instead, two per turn. They can also decide to discard some cards and keep others. The goal of earning 500 points remains the same.

Is Spades a game of luck or skill?

A mixture of both. While luck can undoubtedly help you, you can easily lose even the luckiest hand in Spades without some basic skills and strategy. On the other hand, even the best tactic skills won’t help you if you get awful cards.

How do I become a better Spades player?

Expert players usually recommend taking as many tricks as possible early in the game instead of saving your best cards and trumps for later. Also, you can try to force your opponents to play their highest cards while you still have enough trumps early on.

Other Similar Games to Spades (Our Guides)

Do you like Spades? Why not read our guides to the following alternatives:

Read all the articles (27) written by Lucia Fajnerova